It doesn’t take a degree in finance to see the cost of college continues to rise.

For a few families, the lion’s share of education costs falls on parents and, in some cases, on grandparents. Generally the majority of families rely on a combination of scholarships, grants, financial aid, part-time jobs, and parent support to help pay the cost.

If your child is approaching college age, a good first step is estimating the potential costs. The accompanying worksheet can help you get a better idea about the cost of a four-year college.

If you’ve already put money away for college, the worksheet will take that amount into consideration. If you haven’t, it’s never too late to start.

There are a number of resources that can help individuals prepare for college. The U.S. government distributes certain information on colleges and costs. Here are two sites to consider reviewing:

www.collegeboard.org
The group that administers the SAT test. 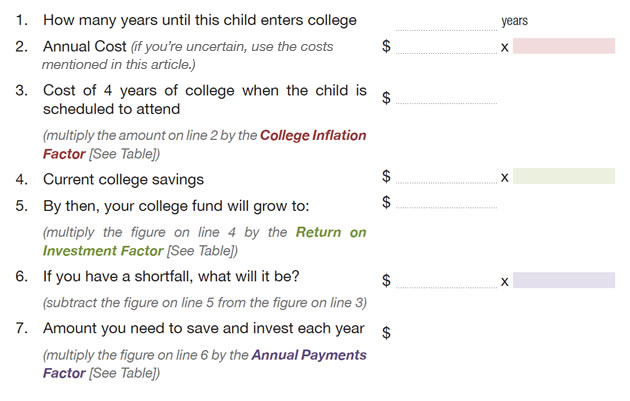 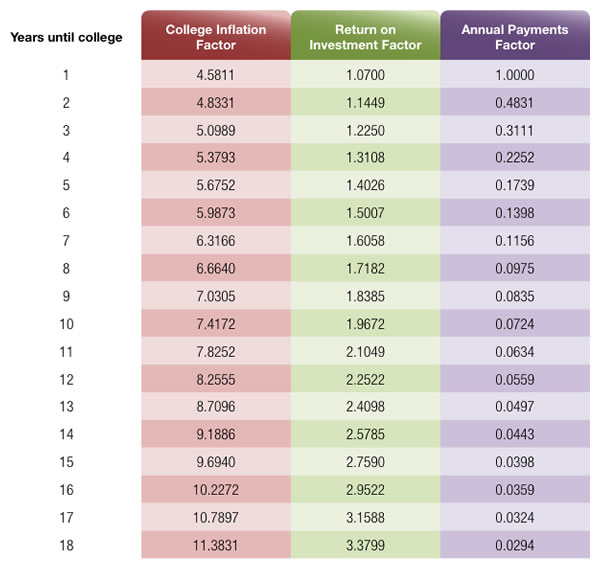 Get Financial News & Updates Delivered to Your Inbox